Doug Keller has been teaching workshops and trainings internationally in the therapeutic applications of yoga for 20 years, and is known not only for his effectiveness in communicating this ever-evolving approach in these trainings, but also for his extensive writing on the topic in magazines, journals and his two-volume work on ‘Yoga As Therapy.’ He has also served, in addition to his traveling and teaching, as a Distinguished Professor at the Maryland University of Integrative Health in their Master’s Degree program in Yoga Therapy.
His background reflects a lifelong commitment to studying, imbibing and sharing the vast field of knowledge and practice known as yoga. After receiving honors and graduate degrees in philosophy from the top Jesuit universities in the United States, Georgetown and Fordham Universities, and teaching philosophy at a college level for several years, he then pursued his ‘post-graduate’ education in the practical experience of yoga at the Siddha Meditation Ashram, Gurudev Siddha Peeth in India, for seven years. He spent a total of 14 years doing service, practicing, training in and teaching yoga in Siddha Meditation Ashrams worldwide. He received intensive training in the Iyengar system in New York City, mainly with senior certified Iyengar teacher Kevin Gardiner. He also practiced Ashtanga Vinyasa Yoga in India, and became one of the first certified Anusara Yoga teachers, producing three highly respected books on asana, pranayama and yoga philosophy. 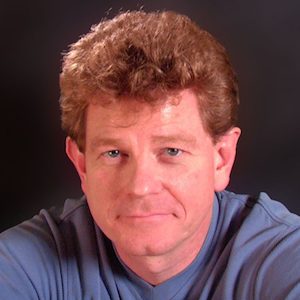 I understand and agree that I am solely responsible for my activities at Beloved Yoga and that Beloved Yoga assumes no liability for any illnesses or injuries which I may sustain as a result of participating in yoga activities including but not limited to the use of any yoga equipment mats and props or the performance of any particular exercise or series of exercises, yoga practice, or any other activity

held at Beloved Yoga or sponsored by Beloved Yoga. I expressly acknowledge on behalf of myself and my heirs that I assume the risk of any and all injuries or illnesses which may occur as a result of participating in any activity at Beloved Yoga, or in any activity that is sponsored by Beloved Yoga. I hereby waive, release, covenant not to sue, discharge and hold harmless Beloved Yoga and all of its employees, officers, directors, independent contractors, agents, servants, representatives, and principals from any and all claims of injury, illness, death, loss or damage which I may sustain related to or arising from any activity at Beloved Yoga to the full extent permitted by federal and state laws or statutes. I expressly acknowledge, understand, and agree that the foregoing waiver, release, and covenant not to sue covers and includes any illness, injury, illness, death, loss or damage related to or arising from COVID 19, sometimes referred to as the novel coronavirus, or any other infectious disease, should I become infected after engaging in any activity at Beloved Yoga or at any other time. I further expressly and voluntarily hereby assume the risk that I may be infected with COVID 19 or an infectious disease and affirm that I am solely responsible for the consequences of any such infections.

I hereby acknowledge and agree to the terms, releases, and waivers set forth above.